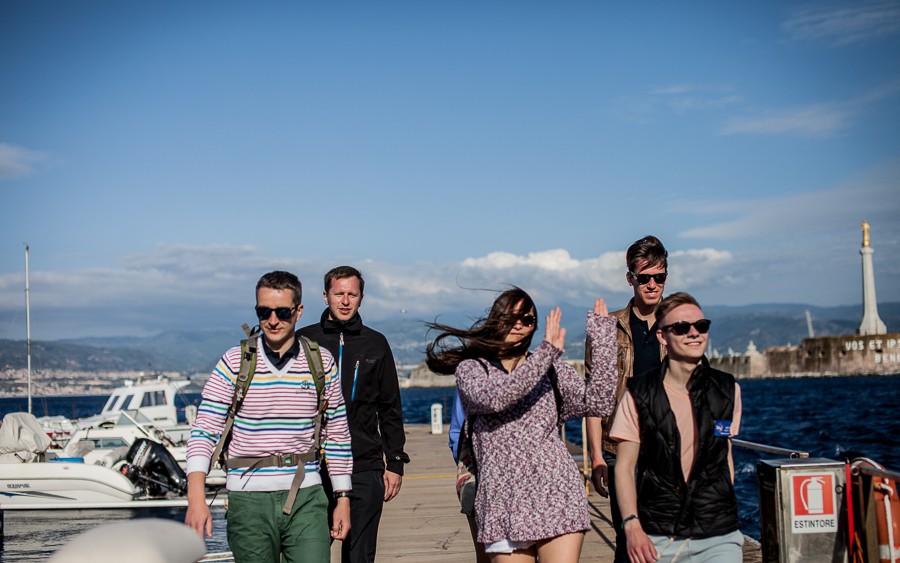 It’s that time of year again. The pressure is on to make New Year’s resolutions: Lose weight. Get to meetings on time. Interact more with your direct reports. A few goals are put on a list…and are forgotten by January 3rd. While this annual ritual of reflection is well intentioned, it rarely changes behaviour because it focuses on what you do (or should do), not the deeper question of why you do it.

I’ve discovered an alternative to New Year’s resolutions, one that addresses that disconnect between the what and the why and can spark real change. It’s the personal manifesto, and it particularly valuable for those who aspire to lead.

Michael Hess, the founder of sales management firm Core 6 Advisors, introduced me to the idea. The manifesto is a tool that he uses with sales managers and salespeople to help them focus on their true personal and professional aspirations as well as what it will take to achieve success.

The genesis for Hess was a collection of quotes and thoughts he had written on Post-its and stuck on his computer monitor. As Hess began to spend less time at his desk, he put all those notes on a sheet of paper, kept folded in his wallet, so that could reflect on them wherever he was. Along the way, he realized what an essential compass these scribbled words had become. They weren’t just notes, they were the fodder for his personal manifesto. A manifesto is a rigorous written account of where you are, where you would like to be, and why. Unlike New Year’s resolutions, the personal manifesto isn’t tied to the time of year or to specific acts. It is a way to keep yourself focused, thoughtful, and on-track through the ups-and-downs of a busy life. And it can be amended as needed.

A personal manifesto begins with an honest conversation with yourself. That’s not as easy as it sounds; honesty takes work — and guts. It also takes time.

“A manifesto doesn’t just pour out in 20 minutes,” Hess says. “Being honest with yourself is a process. You sit, think, write, and edit. Put it aside. Come back to it and revise until the words are exactly what you want. A good manifesto requires a depth of introspection that exposes vulnerabilities and helps you address them.” This is something for you and by you. It is not intended to be shared with anyone.

Start, as Hess did, by capturing quotes from others that resonate with you. Ask yourself why you find them compelling. Note your own thoughts about where you are, where you want to go, and what’s most important to you. Hess suggests beginning sentences with phrases that provoke honesty: “I am afraid that…,” “I am worried that…,” or “I feel vulnerable when…” to spark deeper reflection. Then, articulate the principles that are most important to you and how you intend to act on them. For example, “My family is the most important thing in my life, therefore I will be home for dinner each night that I am not travelling.” The “therefore” statement is what brings the intention to life. These core principles are enduring guideposts of your life. They serve to explain what you wish to do, and also why you do it.

Next, reflect on the ideal life to which you aspire, what you want your life to look like. “These aspirations should be emotional, spiritual, and yes, materialistic if that’s the case,” Hess says. “Name what you want your life to be. So if you want to drive a Tesla, say it. If you want to retire early, put it down.” Most important, don’t include something because you think that you are “supposed to” want it. “We shackle ourselves with external expectations,” he notes. “The manifesto is a place to be totally, brutally candid about the personal and professional aspects of your life. It should be something you fight through.” This part of your manifesto helps keep you accountable to yourself. Physically writing down the manifesto is critical. Hess feels that putting pen to paper engages the brain differently than typing, and a notepad doesn’t distract you with email notifications and other information clutter. Studies have shown that writing by hand helps you generate more ideas, reflect on them, and encode them in memory more effectively than typing.

Hess is on the eighth major revision of his own manifesto since he started about 10 years ago. “Keep the old versions when you make a major update,” he advises. “It helps you chart your growth.”

Just as writing the manifesto is a process, so too is living into it. “It has to be part of a regular diet,” Hess says. “You need to return to it and make it a habit, like going to church or attending Alcoholics Anonymous meetings. Find a way to make it part of your routine.” He recommends reading it every two or three days, sometimes reading it aloud to provide a different sensory experience. I also think that a manifesto is a valuable resource when you are confronted with a major decision. Read it to help you frame how you consider your options. Hess noted that the manifesto has been valuable to him through several life transitions. For clients, it has helped centre them on deeper considerations and consequences when confronting a range of issues, including a job change and dealing with a difficult boss.

I’ve begun the process of creating my personal manifesto. As Hess predicted, it has not happened instantly. As a writer, words come easily for me. However, I am learning that the manifesto is less about getting the syntax right than using words to delve way below the surface. I now discard phrases and thoughts that come too easily. Each one is just a springboard to another with more significance. Being real is different than being perfect.

I encourage you to create your own personal manifesto as a way to illuminate the journey into the New Year and beyond. Further, while your manifesto itself is for your eyes only, I encourage you to share a core principle, or “therefore” statement, in the comments below. Or tweet us one with #ForgetResolutions.